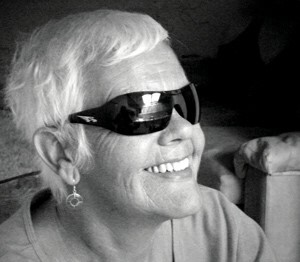 Judy Fraser passed away at Christmas 2018, quietly, at home with her family. She covered more ground than most in her lifetime, both internally and externally. A shy self-effacing woman, she was well known throughout the world for her pioneering work in the field of spiritual psychotherapy. Over four decades her work with"soul sickness" generated a large following of people who benefited from her unique insight into their problems and who sought her advice and support from all over the world.

Following an intensive seven-year course at the College Of Psychotheraputics near Tunbridge Wells in Kent on gradution Judy was asked to work as a teaching member of staff. She stayed for a further seven years giving talks and running courses under its auspices and was fortunate enough to be influenced by people and teachers of great standing such as Ronald Beesley, Omraam Mikhael Aivanhow and Theo Gimble and those who came after them.

Judy felt strongly that raising a spiritual standard was just half of the deal, this standard must be brought to earth and given ‘legs’ in service to all. First she tried to get varying organisations to cooperate, to teach from common ground and offer a united front but when that proved unsuccessful she applied those principles herself. She formed Second Aid, an organisation dedicated to providing support to people in times of emotional crisis through the media of meditation, prayer, discussion, counselling, and increased self-awareness. People suffering from a whole host of problems like bereavement, grief, stress, abuse and relationship failures were given help and guidance to deal with their difficulties, resolve them and find inner peace. She has worked with the NHS and social services in various parts of the United Kingdom and with companies throughout Europe and Canada. For more than 30 years Judy travelled the world in response to calls for help and encouragement, teaching workshops, giving seminars, lectures and presentations as well as seeing individuals. This wealth of experience is available in the form of the self-help manual Second Aid. Judy also ran a great many overseas courses. retreats and trips to sites of spiritual significance including SAcred Tours.

Judy marked the approach to her 70's by writing 3 books: Second Aid; The Soul Searcher and The Anonymous Mystic

She gave this transcripted interview to Dr. K Sohail in 2005

In recognition of the support given to Judy by the Dorothy House Foundation the Fraser family created this JustGiving link to support their charitable work.